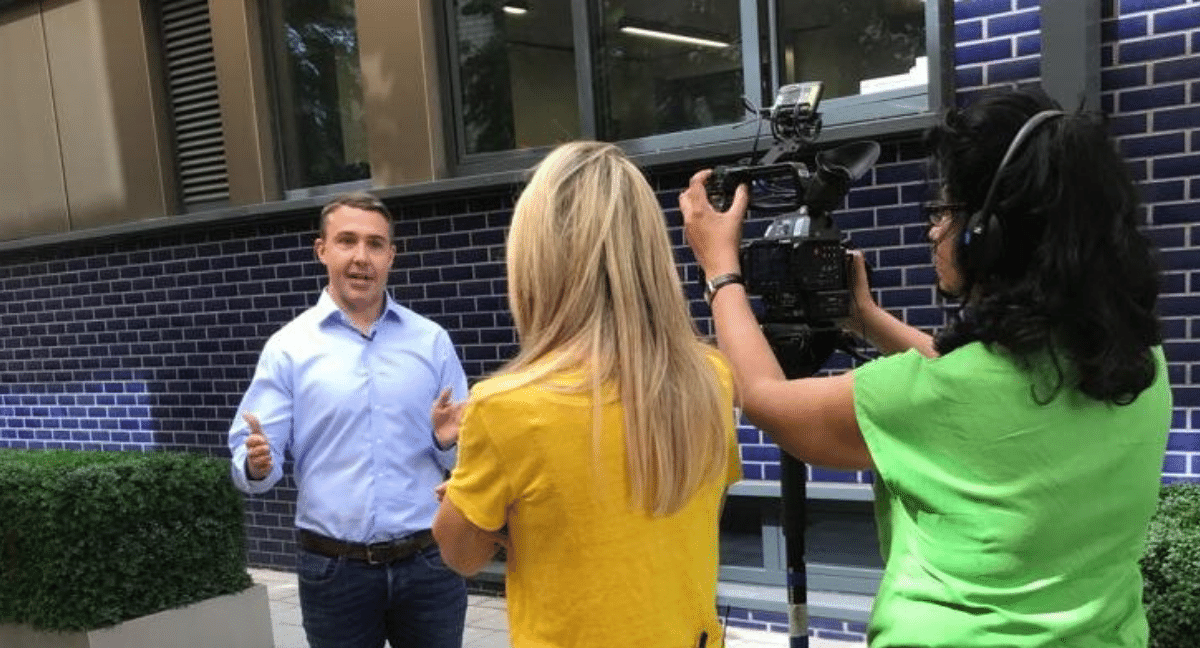 KareInn’s work with Dementia and our Hope for the Future.

It is likely that most of us will have had some lived experience of dementia, having seen a family member or friend develop the disease. Dementia in care homes is an ongoing challenge for the sector. Seeing loved ones struggling to cope with changes in their perception, ability to read emotions, recognise familiar faces and changes to their spatial awareness can cause confusion and upset that be very hard for loved ones.

A good friend of mine shared her own difficulties in seeing her husband, who she had loved all of her life declines into a man she didn’t recognise and I remember how challenged I felt only being able to offer a listening ear.

There are currently an estimated 850,000 people living with dementia in the UK, with over 100 types and there is no universal cure.

If a parent has had frontotemporal dementia (FTD) and carries one of the genetic mutations, there is a 50% risk of them passing on this mutation to their child, who will also go on to develop FTD at some point in their life. With an increasing elderly population, to try and develop a cure for dementia must be one of the most important health missions of our lifetime, and it’s central to KareInn’s journey as a health-tech company.

To contribute to the journey for a cure, KareInn has collaborated with University College London (UCL) researchers alongside Alzheimer’s Society and the Genetic Frontotemporal Dementia Initiative (GENFI) to develop an App called ‘Ignite’ as a way to detect this type of dementia much much earlier. Ignite was specifically designed to be sensitive to early changes in cognitive performance for those at-risk of developing FTD and the initial results are positive.

Lara Lewington (BBC Click) visited KareInn and took the test on Ignite.  It was interesting to hear what this felt like for her, “I have to say, I was a little bit nervous about doing this (test) because I was worried I was going to find out something I didn’t want to. But it seems, because it’s still early days for the trial, right now, this will all just come down to anonymised data, so I won’t get that answer-back.  But the questions are all a mixture of whether you are going to get it right, the time it takes for you to do it in, and whether you are going to be able to finish each section in time, and it’s from that, that the decision as to whether you already have early-stage dementia, or not can be made.”

The testing has shown that the use of the Ignite App in clinical research is feasible and may have the potential to be more sensitive to detecting cognitive decline earlier than existing assessments. Most notably before the individual develops any signs and symptoms.  The results open up the possibility for earlier medical intervention, with one hypothesis being that if drugs were administered earlier, there is a chance of halting the disease.

John Lanyon (Founder, KareInn, pictured) spoke to BBC Click and talked about how the App could be used in the future.

“If we can show efficacy in the wider dementia population, then that might be something that could be used at the front line by GPs, but of course it’s very very important to do that alongside genetic counselling and all of the other implications of a diagnosis.”

It’s rewarding to be working for a company who is committed to investing in house skills and expertise to collaborate with others in order to find potential treatment of dementia.  KareInn will continue to work with UCL to develop the Ignite App prepare for clinical trials on a much wider scale and to contribute to addressing the needs around dementia in care homes.

If you would like more information on Ignite App, please visit:

To view the feature of the App on BBC Click, visit BBC iPlayer:

For more support and information on Dementia and FTD, please access:

Any cookies that may not be particularly necessary for the website to function and is used specifically to collect user personal data via analytics, ads, other embedded contents are termed as non-necessary cookies. It is mandatory to procure user consent prior to running these cookies on your website.